The city is located at the heart of Britain’s motorway network, providing easy access to the M1.”

The city experienced its most essential growth in the midst of the nineteenth century and the Industrial Revolution, when the city’s population increased by ten times. As far back as many years, it has been growing at a faster rate than the national average and it is foreseen to hit 600,000 by 2020. This can largely be attributed to immigration and relatively high birth rates.

The city has a high rate of accomplished educated residents, with the rate of the population qualified to degree level, expanding from 25% in the year 2005 to more than 33% in 2011. The biggest group is 20-24-year-olds (9%) in view of the huge college student population.

Sheffield was recently named as the third best city for buy-to-let property investment opportunities for parents of undergraduate students in the UK, after Leeds and Manchester. Sheffield’s two universities, the University of Sheffield and Sheffield Hallam University, bring around 60,000 students to the city every year combined. It is the most concentrated popular Higher Education destination outside London.

Sheffield Hallam University is the third largest in the UK, with more than 37,000 students (of whom over 4,000 are international students), 4,170 staff and 747 courses.

Sheffield regularly features in the top five British cities for buy-to-let investment with it’s city centre offering some of the highest yields available on the market. The average rental yield for a property between 2010 and 2018 was 5 per cent, however recent research has found the city centre is now offering buy-to-let investors a gross yield of 11.57%. What’s more, Sheffield’s rental market continues to experience a supply and demand imbalance, with demand currently outstripping supply. From city centre flats to terrace properties, Sheffield offers no end of rentable properties that have the ability to suit every investor.

Sheffield has evolved from its industrial heritage into a location focused on innovation and technology. The city has transformed and is now one of the UK’s major city economies with internationally recognised, leading edge talents in manufacturing, engineering and design. From legal services to major back-office functions for global companies, the city also has a diverse business and professional services sector. Gaming, software, films, IT and telecoms also form the basis of Sheffield’s growing creative and digital sectors.

Financial and business services account for 38% of total output. Other key sectors include retail, leisure and the visitor economy, construction, manufacturing and the creative and digital industries.

Leeds has one of the most diverse economy of the all the UK’s main employment centres. In 2016, Leeds saw the fastest rate of private sector jobs growth of any UK city and has the highest ratio of public to private sector jobs of all the UK’s Core Cities. The city has the third largest jobs total by local authority area with 480,000 in employment and self-employment at the beginning of 2015.

Sheffield city centre has potentially the highest rental yield of any British city. The growing demand of flats for students and graduates provides a great opportunity for investors. This demand is driven not just by students and graduates, but also those relocating from more expensive areas, like Leeds and Manchester, as well as buy-to-let investors, many of which are targeting Sheffield’s vibrant student accommodation market.

Sheffield was recently named as the third best city for buy-to-let property investment opportunities for parents of undergraduate students in the UK, after Leeds and Manchester. Sheffield’s two universities, the University of Sheffield and Sheffield Hallam University, bring around 60,000 students to the city every year combined. It is the most concentrated popular Higher Education destination outside London.

Sheffield City Region’s economy has an output of more than £30 billion pounds per year and is home to approximately 52,000 businesses which have created and sustained approximately 700,000 jobs. The city’s aim is to build on this base and create a stronger private sector that can compete in national and global markets. Driving future growth in areas such as; construction, manufacturing, financial and business services.

The city is located at the heart of Britain’s motorway network, providing easy access to the M1. The city also has excellent air connections, with five international airports – Doncaster Sheffield, Manchester, East Midlands, Leeds Bradford and Humberside – all within an hour’s drive.

Sheffield station, a combined railway and tram stop, runs frequent services to London St Pancras. The journey currently takes 2 hours but this is expected to be reduced to just over an hour when HS2 is completed. It’s proposed that HS2 will run from London to Birmingham, then on to Manchester and Leeds calling at Sheffield, which would reduce the journey time from London, while the journey times to Leeds and Manchester will be less than half an hour. The station’s annual footfall is over 9 million passengers providing access to destinations up and down the UK.

Sheffield’s tram network links with the city centre and covers 18 miles stopping at universities, sports arenas and entertainment venues. A tram-train extension to Rotherham, a project worth £58m, is currently under construction and is scheduled to open in 2018. 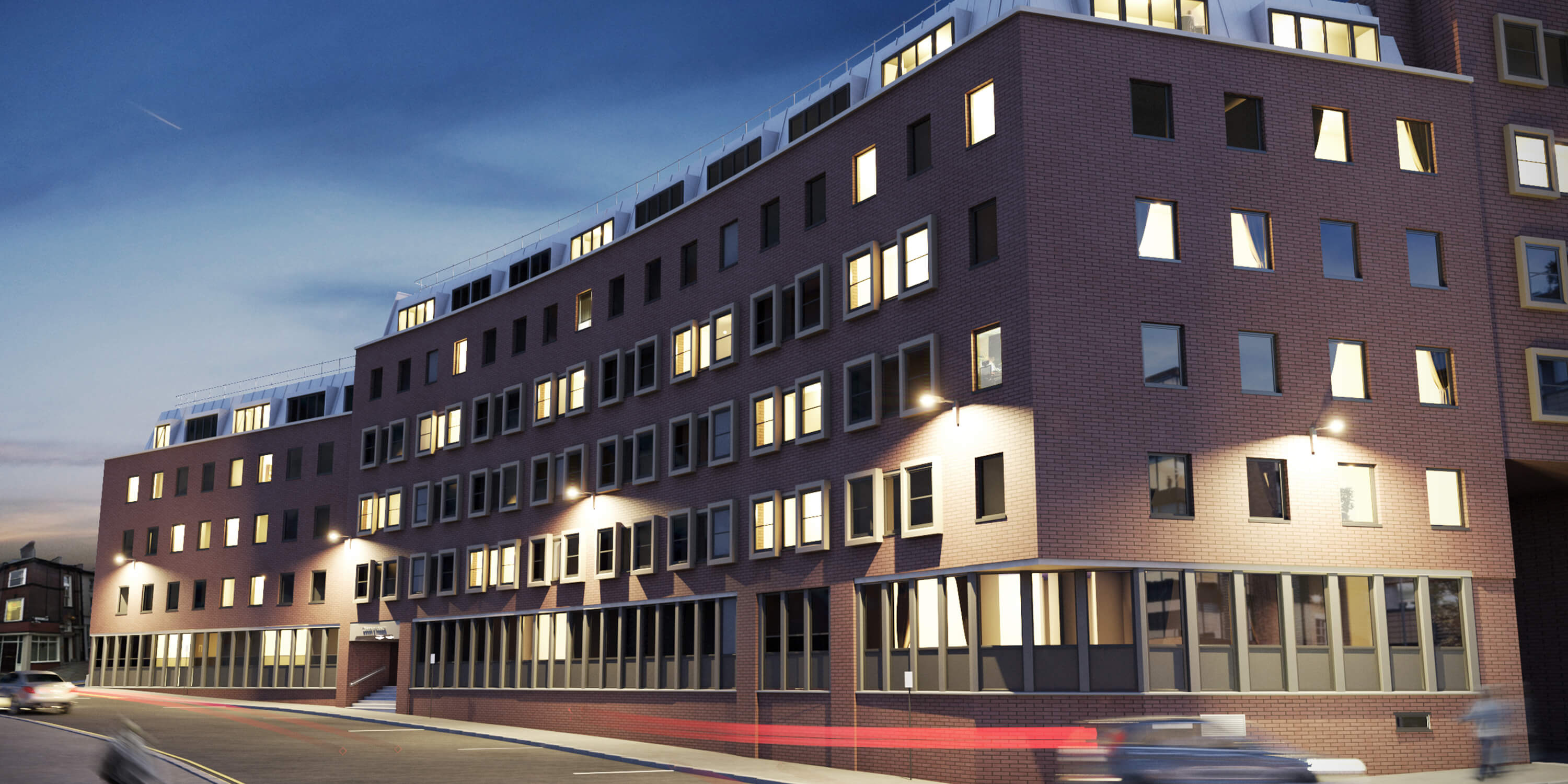