The Northern Powerhouse: Investing in Manchester

Over the last few years, The Northern Powerhouse term has made headlines across the world and is key topic for discussion regarding UK Investment. The strategy has made huge strides towards changing the UK property market, shifting the focus away from London towards the North of England, attracting high-profile overseas investors from China and the Far East.

The Northern Powerhouse strategy, first proposed by Chancellor George Osbourne, revolved around pooling the strengths of northern towns, cities and counties and tackling barriers of productivity to liberate the full economic potential of the North. The aim was to address the economic imbalance between London and the south east and the rest of the UK. The strategy encompasses some of the largest regional economies including Manchester, Liverpool, Leeds, Sheffield and Newcastle

Since 2015 the North has seen inward investment skyrocket by nearly a quarter from the previous year, creating more than 13,000 new jobs in the region. To further support this progress of investment in the North, the government provided £7 million to establish a Northern Powerhouse Investment Taskforce and £15 million to support Northern Powerhouse trade missions. Theresa May’s government is continuing in the same vein delivering pledges to transform the north into a major economic player; with £13billion in transport-investment promised over the course of this Parliament.

Since 2011 nearly 500,000 workers made a 30km commute into London, this figure is double the amount that travelled the same distance to work across all six of the major city regions in the north. To counteract this, the government is driving large-scale investment in the North’s transport and regional-connectivity: this includes £161 million to accelerate the transformation of the M62 into a ‘smart’ motorway, £60 million development funding for the Northern Powerhouse Rail and £161 million to uphold the rollout of smart and integrated ticketing systems across the North.

Foreign investment is key to building the Northern Powerhouse and in June 2016, Manchester Airport began running direct flights to Beijing to encourage Chinese investment in the region, as well as increasing trade and tourism between the two cities and the attraction of prestigious universities for chinese students. As a result of this, Chinese inquiries into Manchester property has jumped by more than 50%. The government also published a Northern Powerhouse Investment Portfolio, showcasing projects worth over £5 billion and keeping investors up-to-date with the most exciting opportunities available across the North. 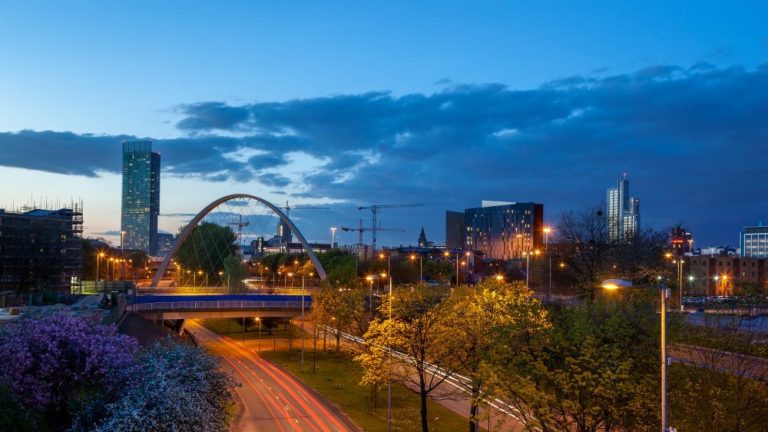 The Northern Powerhouse strategy continues to surge forward making Manchester and other cities property investment hotspots for domestic and international investors. According to reports, Manchester is currently the strongest UK property market outside of London, with the highest rental yields and house prices rising faster than any other city in the UK.

Known as the ‘Capital of the North’, Manchester is increasingly becoming more and more recognised as a compelling proposition for overseas investors, not just the most attractive option outside London but a genuine alternative to it. Its economic performance, its demographic of renting young professionals, and its ever-rising population. According to the Telegraph, Greater Manchester’s population of 2.8 million is expected to surpass three million by 2035 which ultimately means, 10,300 new homes are required every year until 2035.

The current performance of property in Manchester looks promising for the future and over the last three years 45 per cent of residential sales across the city were completed for less than £125,000. Also, a recent report from LendInvest, an online property investment company, found that Manchester provides the most profitable rental returns in the UK for landlords. The rental yield on buy-to-let properties in Manchester from 2010-2016 was 6.8% compared to an average of 5.7% in London.

With the city experiencing huge investment in its infrastructure, including a £1bn airport project due to be completed over the next ten years to further encourage foreign investment, it’s clear to see that Manchester will go from strength-to-strength, creating new employment opportunities and bolstering the local economy.